It is an interesting time for the cannabis industry as the US industry is continuing to grow and expand, while demand in states where the industry has matured is starting to decline. It will be interesting to see how new issues and trends will affect the cannabis insurance industry, while operations and conditions vary greatly from state to state. The following are items to watch in the near term and beyond.

Based on one estimate, the cannabis industry grew 40% in 2021, and demand in most mature markets has plateaued or declined, especially in California, Washington, Oregon, and Colorado. This is creating a surplus in supply, increased competition, and sharply lower prices.

In fact, in California, more than two dozen industry executives and officials signed a letter to Governor Newsome claiming the industry was on the verge of collapse due to heavy taxation and regulation. In turn, this will prohibit them from competing with the illegal market where prices are far lower and sales are two to three times the legal business.

On a similar note, Colorado medical marijuana sales have been steadily declining since their peak in 2020. Denver's recent pot sales are similar to the rest of Colorado with a 27% decline in retail sales this past May compared to May 2021. Cultivators that built business models are getting around $1,500 a pound and are now having to adjust their operations based on per pound prices of around $800, which is roughly the cost of production for smaller growers.

But even with the plateauing of maturing markets, the US marijuana industry will see more overall growth due to legalization in new states, medical-only states approving recreational use, and revenue from new services and products such as consumption lounges.

Mississippi medical marijuana dispensaries could open as soon as November 2022.

New York is set to open recreational dispensaries by the end of 2022.

Connecticut is hoping to open their first recreational dispensaries in early 2023.

Alabama is expected to open their medical marijuana operations in late 2023 or early 2024.

The cannabis market is seeing a host of new products, fueled by innovation in the space.

At long last, cannabis beverages are becoming some of the most exciting areas in dispensaries and a trend that will continue to grow. California is at the center of this development, but Massachusetts, Illinois, Arizona, Michigan, Nevada, Colorado, Washington, Rhode Island, and New York are all states where the sector is expected to take off in coming years.

One area that is also an interesting one to watch is the high-quality, small-batch craft cultivation sector and “luxury” product segment. This is a market that is seeing an increasing demand among relatively few players. A highly anticipated example in the luxury market includes top-shelf liquid “trichome tincture,” which will retail for $200 per liter and be available on a limited basis in Los Angeles, San Diego, and San Francisco. This new product will provide a “high” only experienced previously in smoking form and is an example of the emphasis being put on R&D to create innovative new products.

Consumption lounges are slowly starting to open their doors, led by California and Colorado, and industry experts predict these venues will expand vastly in the coming years as New York, New Jersey, Pennsylvania, and Illinois are also looking to embrace this movement. New York has reached a deal that would include stand-alone regulated consumption lounges with revenue anticipated to hit $6 billion by 2027.

But the state to watch is Nevada, which will begin operating lounges statewide at the end of 2022. The state is allowing 40-45 licenses for lounges attached to existing marijuana retail stores and 20 for stand-alone establishments.

So far, only Rhode Island has managed to legalize recreational marijuana in 2022.

Maryland and Missouri currently allow medical marijuana but have a bill on November’s ballot to legalize recreational marijuana for adult use, effective July 1, 2023. This illustrates that in most states we’re seeing significantly less time from when medical cannabis is first legalized to the first recreational sale.

Oklahoma is hoping to get recreational marijuana on the ballot this November.

Arkansas will have recreational marijuana on the ballot, but it is yet to be determined if the votes will count. After state officials previously certified that a sufficient number of signatures had been submitted to qualify a constitutional cannabis legalization measure for the ballot, the state Board of Election Commissioners deemed the ballot title and summary misleading and issued a ruling to block it from the ballot. The issue is now being settled by the state Supreme Court.

As Ohio’s medical program is among the top, with the most booming weed economy in the country, it was thought that recreational legalization would make it on the ballot in 2022. However, any potential new legislation is now being postponed until 2023.

Idaho and Wyoming will most likely have medical marijuana programs on their ballots in 2024.

Two other states that were monitored closely for medical marijuana efforts in 2022 were North Carolina and South Carolina, which will not pass any medical legislation this year.

With Missouri likely to pass recreational marijuana, additional pressure will be put on Kansas to at least pass medical, which is being widely discussed in the legislature.

Recreational marijuana discussions in Pennsylvania are progressing with New York and New Jersey adult use laws going into effect.

Being the only state in the Northeast where marijuana isn’t legal, New Hampshire is bound to legalize at some point, but as of right now, we don’t know when that will be.

In addition to the above, we are seeing a number of other cannabis trends that may impact the future of cannabis insurance.

Multistate Operators and Mergers and Acquisitions

It will be interesting to see how the growing dominance of a few multistate operators will progress in the future and what it means for smaller businesses, especially in mature areas. The number of M&A deals in the industry increased to an astounding 300 in 2021. Fueled primarily by M&A activity, revenues from the top five MSOs increased from $2.3B in 2021 to $4.4B in 2022.

Mega-deals like Tilray’s $2.4 billion acquisition of Aphria, and Truleive’s $2.3 billion purchase of Harvest Health and Recreation, highlight the momentum of M&A activity, which is on pace to continue through 2022.

By May of 2022, there had already been 82 M&A transactions in the cannabis space. This trend will most likely continue as larger companies are able to get financing through private equity investments, giving them the capital to acquire smaller companies.

Currently, hundreds of licensed and regulated businesses do not have access to the banking industry and are unable to accept credit cards, deposit revenues, access loans, or write checks to meet payroll or pay taxes. The industry has been long awaiting the passage of the SAFE Act, which to date has passed the US House seven times, including twice this year as part of larger bills. However, the Act was removed from the America COMPETES Act earlier in the year and will most likely be removed from the National Defense Authorization Act as negotiations progress. The Act would prohibit federal regulators from taking punitive measures against depository institutions that provide banking services to legitimate cannabis-related businesses and ancillary businesses that serve them. This would allow all businesses equal access to capital and provide a safer working environment, as smaller cannabis businesses are targeted by criminal actors and fall victim to cash-related safety risks, including growing incidents of theft and robbery.

What do these cannabis trends mean for cannabis insurance?

As the industry continues to mature, proper coverage will be paramount for your insured. Businesses that have been around a few years are no longer looking to check a box for their landlord, but are becoming more interested in protecting their business with proper and adequate coverages.

Growing multistate operators will continue to demand the best and most comprehensive coverages available in the market.

The trend for new and innovative cannabis products will make product liability paramount, as the risks for these new products are still emerging.

Finally, as consumption lounges start to become more prevalent, you will need a carrier that understands and has the capacity to insure the unique challenges and risks these operations pose.

If you are a wholesale broker in need of an insurance partner with deep expertise in the cannabis industry, contact us about becoming an appointed broker. If you are a retail insurance broker with clients such as marijuana dispensaries, cannabis product manufacturers or marijuana growers, we encourage you to connect with one of our wholesale partners.

Products and services are provided by one or more insurance company subsidiaries of W. R. Berkley Corporation. Not all products and services are available in every jurisdiction, and the precise coverage afforded by any insurer is subject to the actual terms and conditions of the policies as issued. Certain coverages may be provided through surplus lines insurance company subsidiaries of W. R. Berkley Corporation through licensed surplus lines brokers. Surplus lines insurers do not generally participate in state guaranty funds and insureds are therefore not protected by such funds. 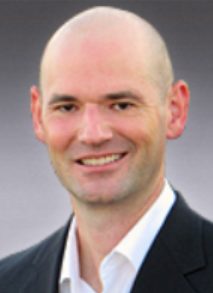 Joe Dahlvig is a Senior Casualty Underwriter at Admiral. He has more than 10 years of P&C underwriting experience, and has earned 15 insurance designations. He is based in Admiral's Austin, TX office.

Be a part of the conversation by submitting your comment below!
“The partnership you want, the advantage you need.”
arrow box
About Us

Admiral Insurance Group has been in operation since 1974. We provide excess and surplus lines coverage to commercial risks that generally involve moderate to high degrees of hazard. Learn More >>